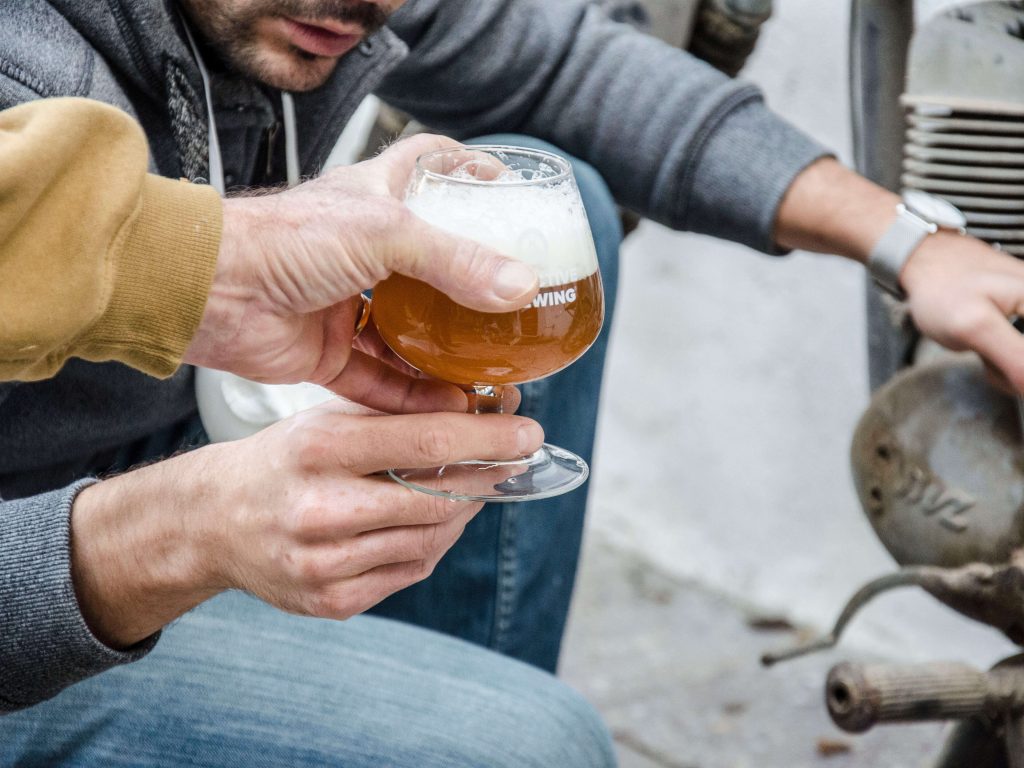 There’s a saying in Latin, that goes,

Which roughly translates to,

“In matters of taste, there can be no dispute”

This is the main attitude you come across when arguing over the quality of music, beer, television or art. And most of these discussions tend to die out rather quickly, resolved with cheap “let’s agree to disagree” truces.

Unfortunately, relativism is more like an empty philosophy – it dismisses diversity, accepts obvious flaws and undermines the possibility for self-criticism, and that’s just to name a few reasons.

Still, even if you have a hunch that one thing is better than another, it’s pretty hard to come up with a rational argument as to why. 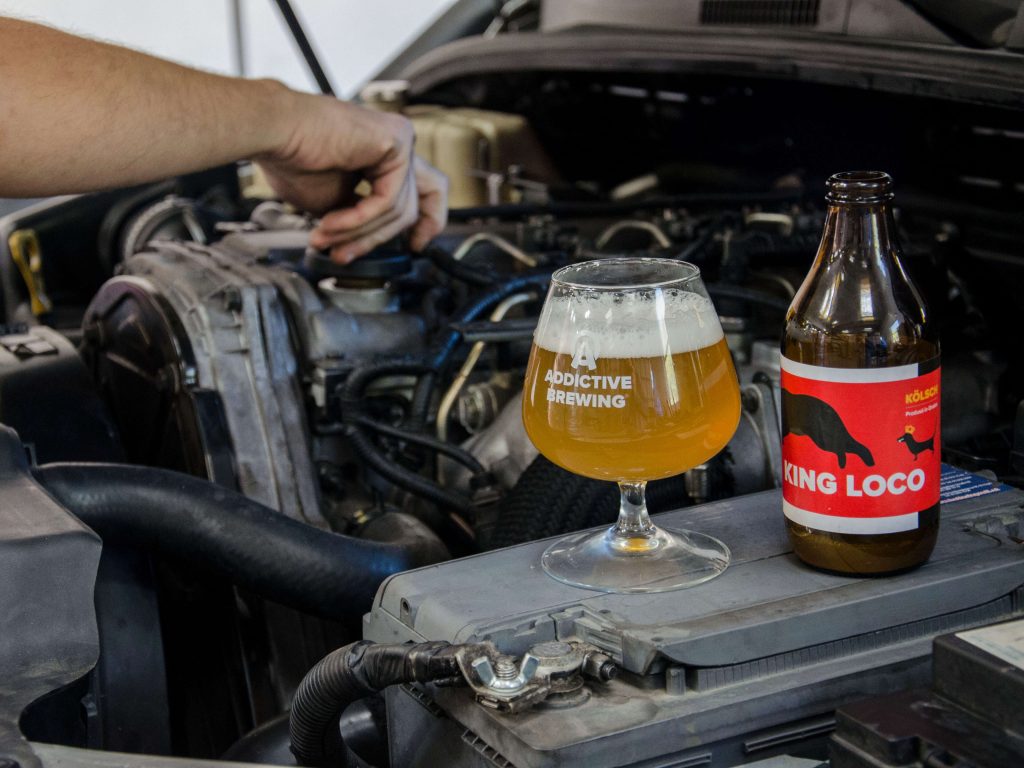 Let’s talk it over a pint.

I think many of us agree that there is something more to a craft beer than mere preference. “This beer is good because I like it” sounds cheap. It’s too easy.

On the flip side, when we start thinking about alternatives to relativism in relation to art, aesthetics and taste, we find equally suspicious claims.

Say I told you, “This beer is objectively good, so you have to agree with me,” what would you say? “That’s arrogant!”… I mean, what a coincidence it is that I just happen to like something that is objectively good, right? That sounds fishy and just on the face of it, wrong.

So, relativism and absolutism about beer both seem suspect. Is it possible to uncover a more balanced view meriting agreement between these two extremes? 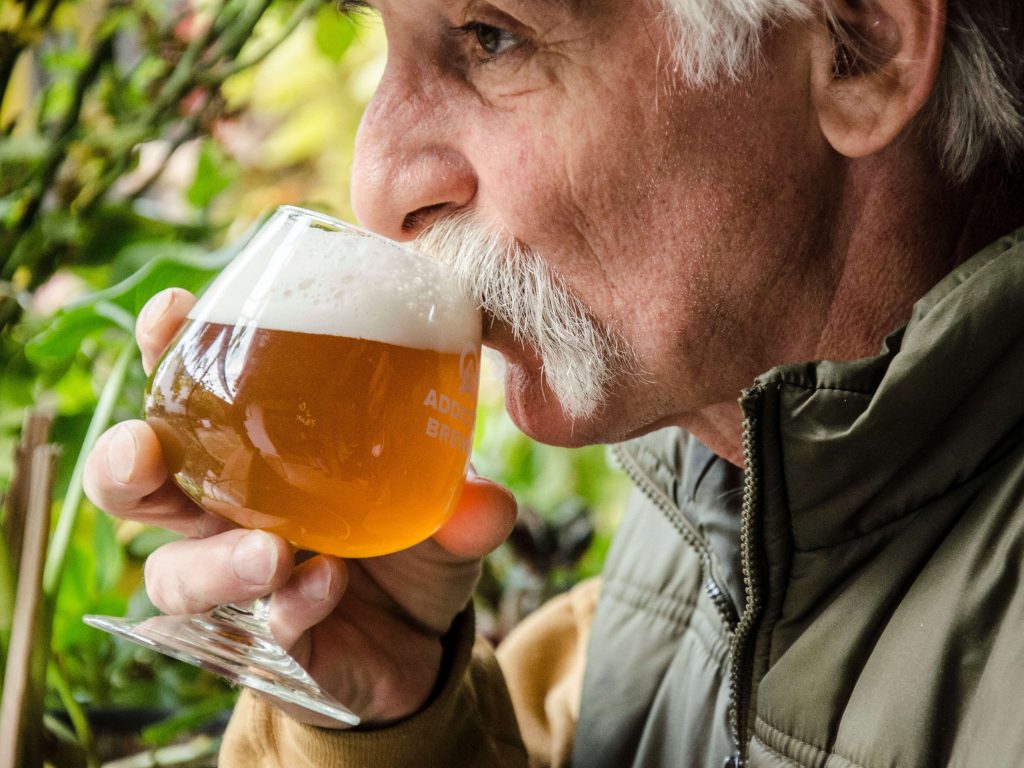 Good “taste” is a fine expectation to have from a craft beer, but the term itself is vague and limiting.

Craft beer ought not simply taste good. It can be – and should be – more.

So the first step to having a clear argument about what constitutes a good craft beer is to know what “taste” is.

This is where a little technical know-how comes in handy. Now, that’s not to say you should sit down, swirl, sniff and write down a professional evaluation each time you have a drink, but some craft beers are worth some extra time.

So here’s a first consideration: taste, by definition, is elemental. When people talk about taste and flavour, they are actually talking about aroma. Many would say that our sense of aroma is actually our most powerful sense. It’s connected to the most primitive part of our brain and it can evoke powerful reactions like pleasure, disgust, recognition, memory and so on.

Of course, you could argue that the confusion between taste and aroma is largely semantic. But here’s how you can spot the difference: plug your nose and have a sip of beer.

That’s because the thing you’re getting right now is taste – you can tell if your drink is sweet or bitter. But you’re not getting the aroma. Once you unplug your nose, you’ll get both taste and aroma.

Bottom line – if you think taste is all that matters when it comes to craft beer, you’re completely missing the point. 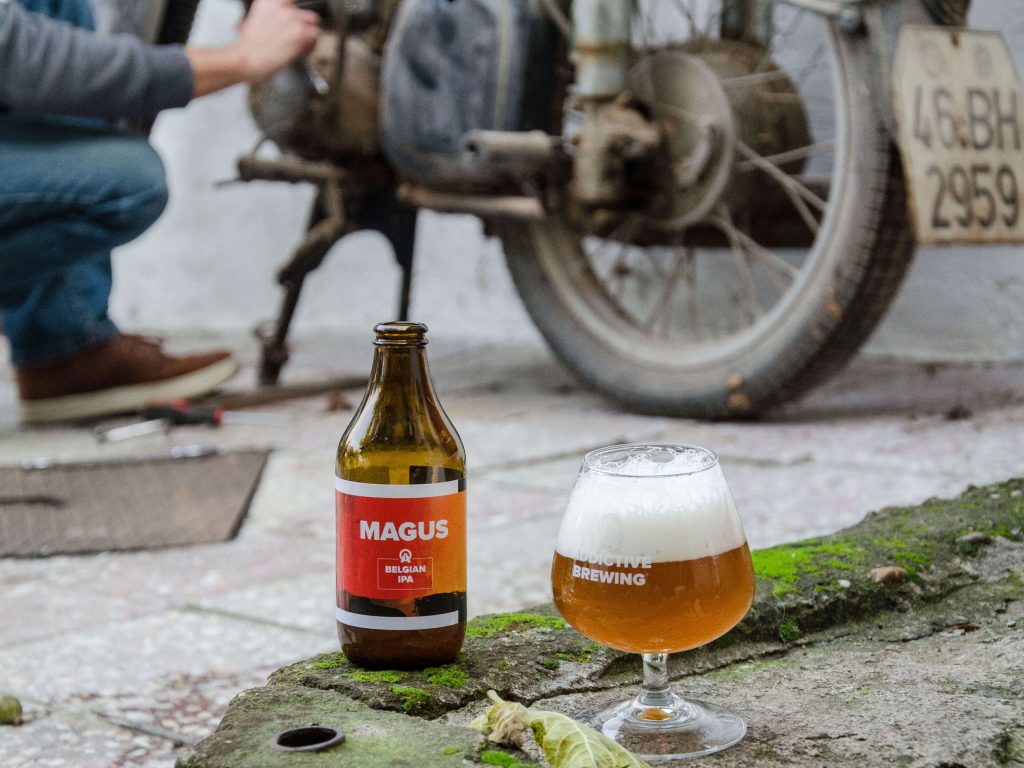 If you’re on board with our strategy so far, you can slowly start to see how this argument will take shape.

If you’re a newcomer to the craft beer community – first, hi! And second, we’re going to give you the basics on how to get a proper feel of a beer and hopefully, articulate what you like about it and what makes it good.

How we perceive taste

We can typically taste 5 basic senses – sweet, sour, salty, bitter and umami, but when it comes to beer, the main ones we are going to taste will be sweetness and bitterness.

Then there’s the mouthfeel, which is the tactile sensation the beer produces in the mouth. This has five main components:

• The body, which is the thickness of beer on the tongue and the palette

• Carbonation, which can fall in-between high and low

• Warmth, which is the level of alcohol in the beer

• Astringency, which refers to mouth puckering or drying

So that’s it – these are the basics of aroma, taste and mouthfeel.

Now let’s take a look at other components of a proper evaluation, as well as what to look for when it comes to aroma.

How to evaluate a beer 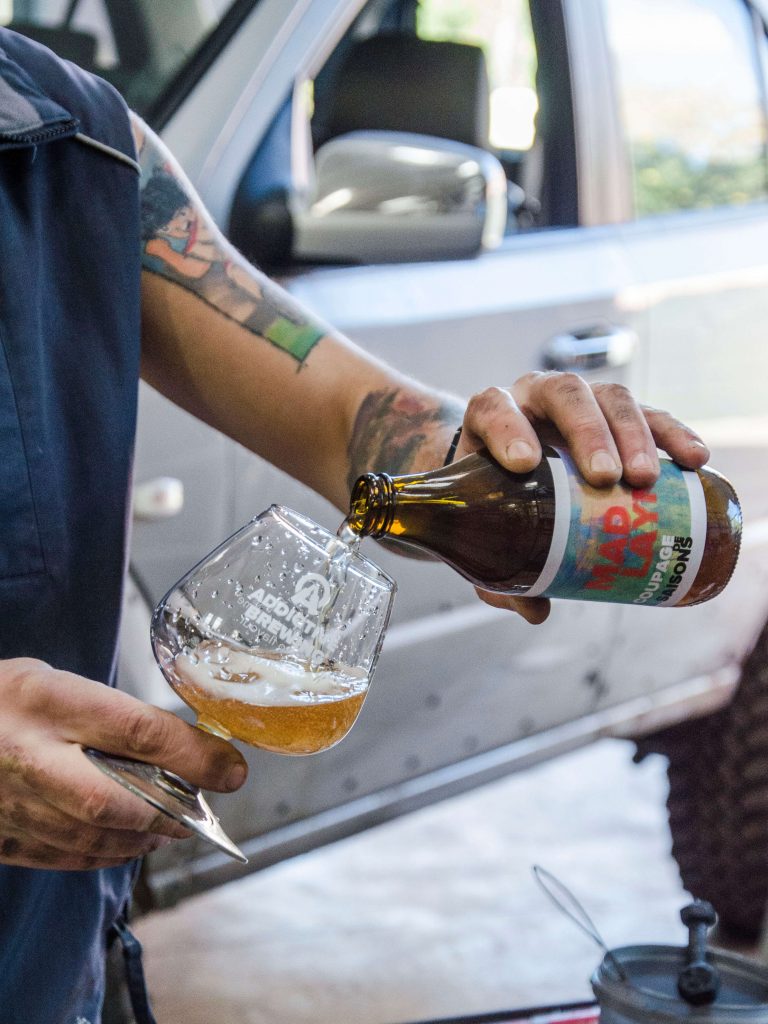 The first thing you notice when you pour a beer into a glass is its appearance – and by appearance, we don’t just mean colour. We’re also talking about clarity, head retention, head colour and head texture.

Colour – this goes from very pale, to jet black and is dependent on the beer style and the ingredients used.

Clarity – this is the brightness of the beer, or more specifically, how easy it is to see through the beer. For some styles, you would expect to have a really clear beer, like an American Pale Ale. There is a little haziness that is allowed due to dry hopping, if that is present. However, if you have, say a New England IPA, you would expect it to have substantial haze and not be a clear beer.

Head retention – this can be kind of funny to put into words, because the terms used to describe it are usually a bit too general, like “good”, “moderate” and “long-lasting”, just to name a few. This is also depended on the beer style. If you have, for instance, a wheat beer, you will likely get a thick mousy head. If you don’t, you’ll know this is not appropriate for this beer style.

Head texture – usually, when we get a thick mousy head, like in the case of a wheat beer, the texture is going to be defined by really tight bubbles.

Head colour – this is really cool to observe, because it’s indicative of the kind of malt and additives used in beer. For instance, if you have a tanned head, that’s a good indication that roasted malt was used. If you have a pink head, it means the beer probably has some red fruit.

When we perceive aroma, we are looking for contribution to the finished beer, that is made up by its ingredients. That’s going to be malt, hops, fermentation characteristics and other additives, which can be fruits, spices or sometimes, even water treatments.

The last thing we are going to go through is mouthfeel. It’s worth to note that you should always get a sense of body and carbonation, and these are really easy places to start. So with the body, that can be light, like in the case of a light lager, or full-bodied, like in the case of an English barleywine.

As to regards to warmth, creaminess and astringency, these are things you won’t be able to find in any beer style. So if we had a New England IPA, we would probably expect some level of creaminess, because that style usually utilises ingredients like wheat and oats – things that could lead to a perception of a creamier mouthful. But you wouldn’t expect alcohol warmth in something like an American Pale Ale, which has very low levels of ABV.

There are also a few more considerations for properly tasting a beer, but we’ll cover those in another post.

What it all comes down to is this: did you like it?

Back to the “taste is all that matters” crowd.

In our personal experience tasting craft beers and creating our own, we’ve come to know various craft beer communities and learn that their appreciation goes beyond personal taste. It inspires values like the desire to grow and respect for the local territory.

Taste alone can’t do that. It can’t account for the popularity and the ability to build a community and culture.

Now, back to the question in the opening line,

At Addictive Brewing, we believe beer is not just a commodity. Although we get excited ourselves when we discover a particularly tasty beer, we’re more excited if that beer has a great story and gives back to the community through initiatives or simply by using locally sourced ingredients.

These are also the core values we try to pass on each time we brew something new. Our wild ale range, for instance, is made using local fruits and it is our way of showing the world some of the finest aspects our county has to offer. Then, each time we brew a new batch, we endeavour to make it a little bit better than our previous one.

This is why we believe a beer’s character isn’t just about the tangible aspects – the taste, the aroma, the mouthfeel. It’s about the message, about standing for something bigger than the sum of its parts.

So next time you enjoy a craft beer, look beyond the taste.

Look for a story.

Addictive Brewing is a craft brewery and family business in Western Romania. Although we’ve come a long way since brewing our first beer, we are still committed to the same values that constitute our foundation – working hard and with joy, brewing with passion, patience and attention to detail and incorporating as much of the local agriculture as possible to make beer uniquely tied to a time, place and people.

Thank you for visiting and we hope you enjoy it here. 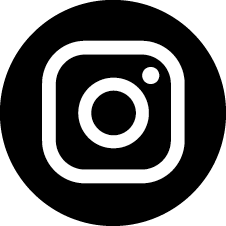 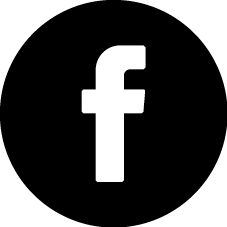 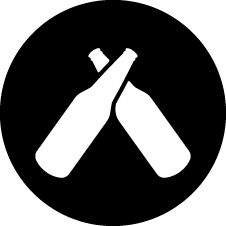 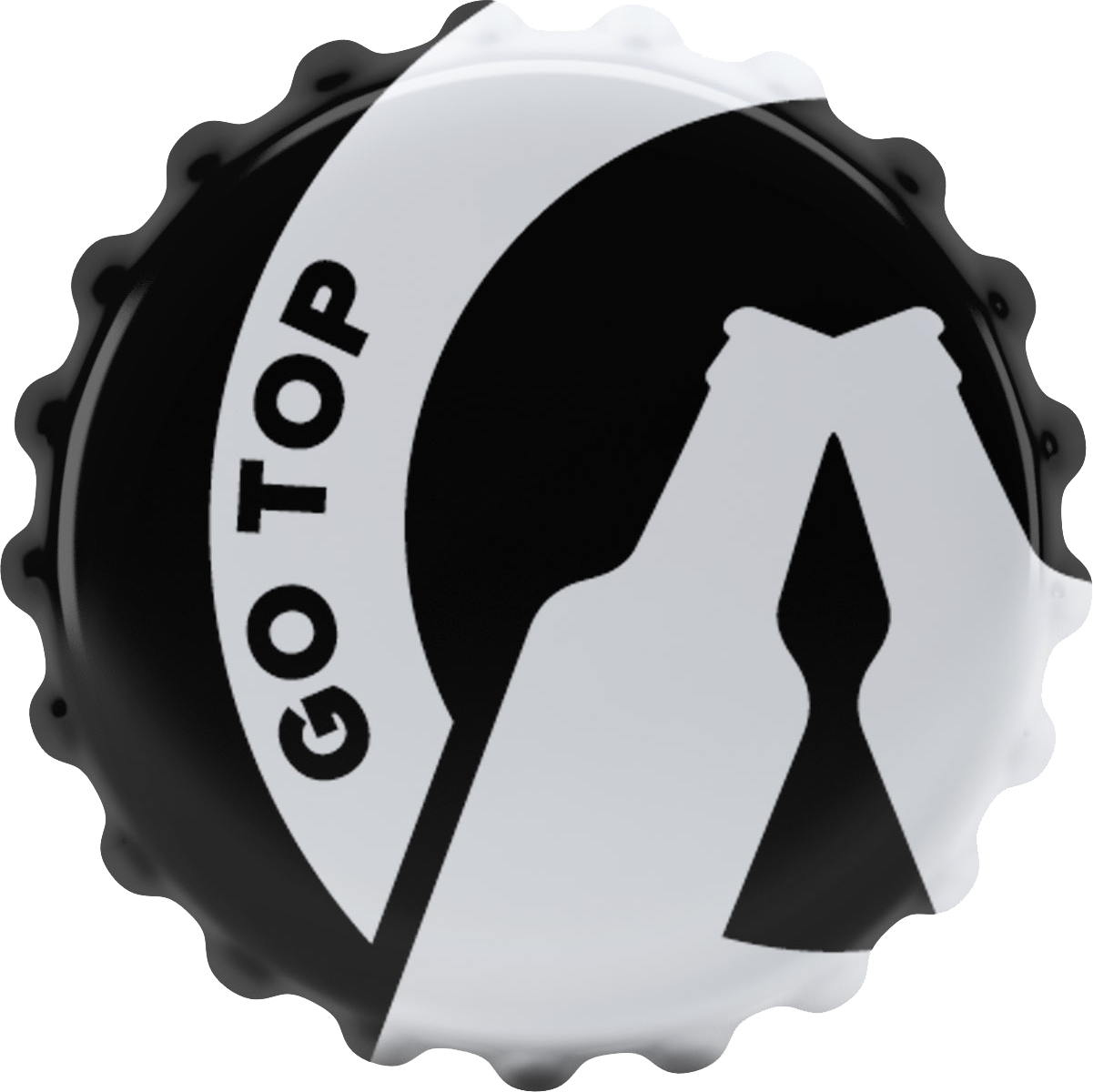